Bernadette (Bernie) & Brent have built Flowerpot Bay Lodge over the last few years and have operated the Pitt Island Day Tour since 2006. The Lodge opened for its first guests in 2013. Our aim is to share the wonders of Pitt Island and the experience of remote Island life with everyone.

Brent has a back ground in building services design and training and is originally from Canterbury. Brent first visited Pitt Island in 2002, when he met Bernie.

Bernie is a 5th generation Pitt Islander, she has lived on the Island most of her life with short stints in Christchurch. Unbeknown to each other Bernie and Brent lived in the same town and used to frequent the same Café/Wine Bar many years before. 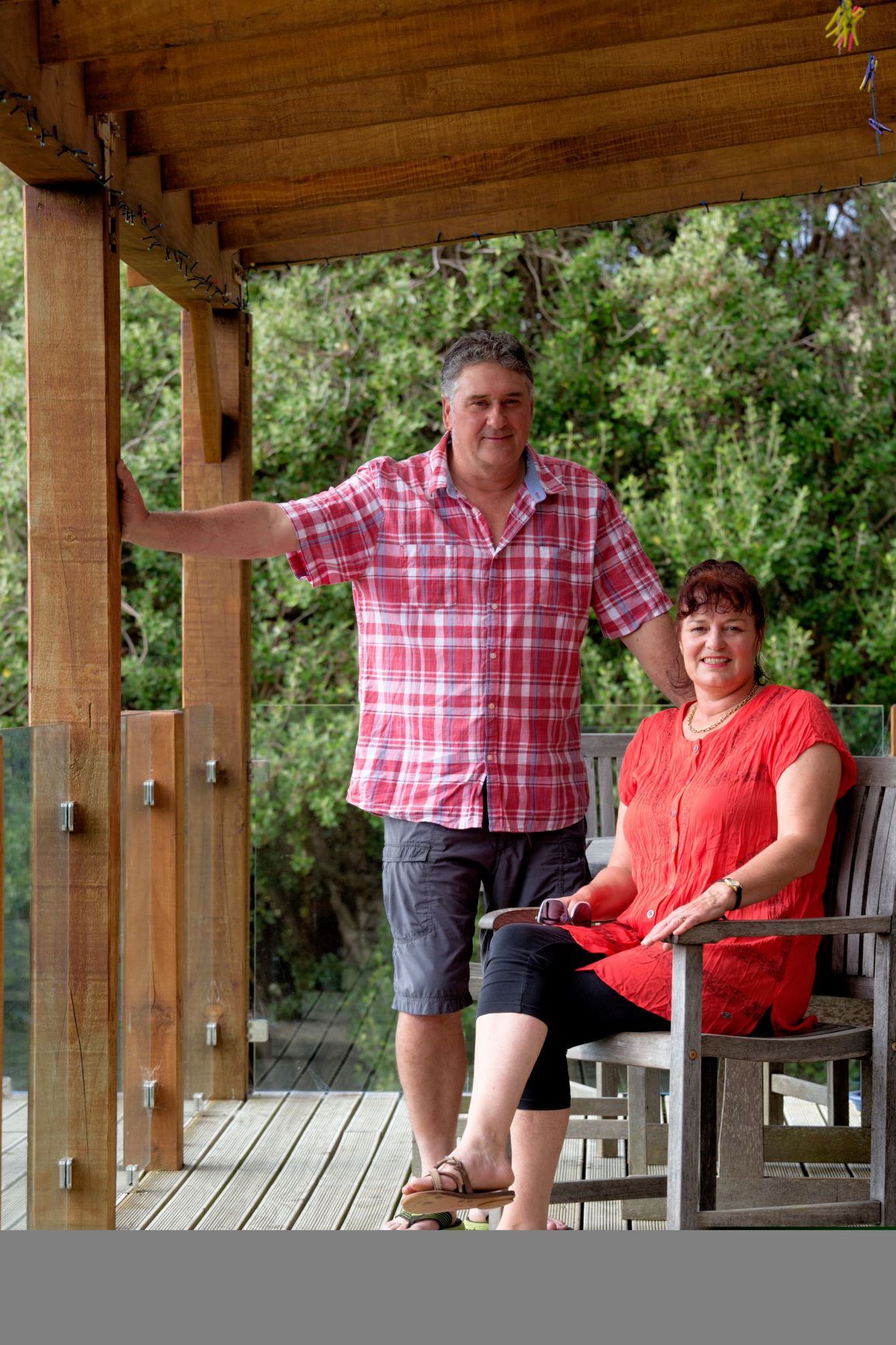 Flowerpot Bay Lodge is the 3rd Flowerpot house on the site since 1843 when Frederick Hunt built the first Homestead from local materials and a wreaked ship called the Franklin. There is much history to share with our guests.

Bernadette's family has farmed on Pitt Island for 5 generations and she is a direct descendant of Frederick Hunt, the first permanent European settler who set-up house on the current Lodge site in 1843. Many of the Islands population of 30 or so are related to Bernie.

If you have visited Flowerpot Bay Lodge or taken our Day Tour, we would love to see your review on TripAdvisor